Earlier this week, we looked at the top 10 safest neighbourhoods in London that had the lowest crime rates for homes under £600,000, which could qualify for Help to Buy.

Today, we’re looking at a lower budget range of under £400,000, since just because you might have a lower budget, doesn’t mean you should have to compromise on vital considerations like safety.

Crime rate was compiled from the Metropolitan Police website, and average house prices are accurate as of Nov 2018 from Zoopla UK.

And as before, crime rate alone doesn’t give the full picture, as the rate doesn’t give information on the types of crimes committed in the area, and is only one factor in safety, so as always, you should do your own research into a neighbourhood to make sure that it’s right for you.

Here is the full list of neighbourhoods where average house prices are less than £400,000, listed by crime rate. 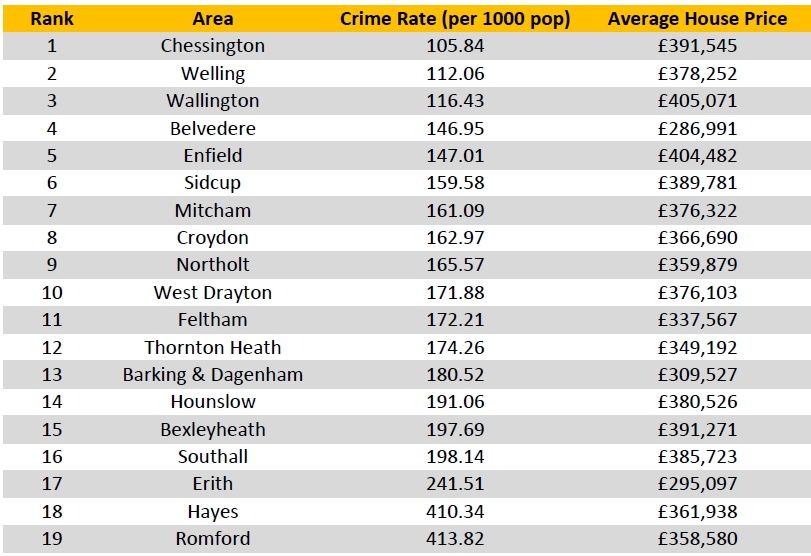