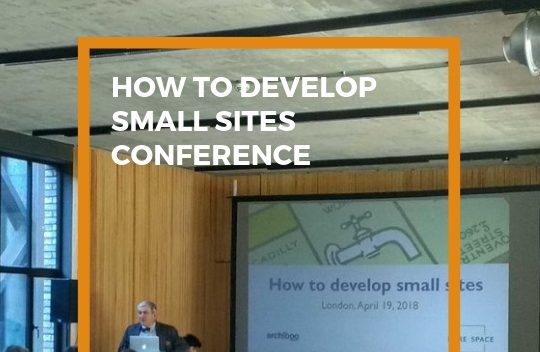 100 Union Street
PRE-REGISTER FOR THE NEXT EVENT

At least 130,000 homes could be built on London’s unused publicly owned land. But finding and then acquiring these surplus sites remains a problem two years after the London Land Commission published its register.

Availability of land emerged as the most difficult challenge facing small developers at the ‘How to Develop Small Sites’ Archiboo and Rare Space conference, held in London in April 2018.

The GLA’s Darren Richards, Interim Head of the London Plan, said the small sites policy could mark a shift in the way new homes are developed in London and confirmed that City Hall wants to “move away from reliance on large sites and large developers and bring in smaller developers”.

The GLA launched its Small Sites Small Builders initiative earlier this year to provide a simple way for local authorities and other pubic bodies to sell their sites, explained Levent Kerimol who helped set up the scheme.

He said: “If they (local authorities) are looking to sell sites, there’s a spectrum of ways they can do that. There are auctions, which are very quick, but you lose control and people land bank or sell on so land value increases. We wanted a model that was efficient and really simple”.

So far 10 TfL sites have been released for development and later this year more sites will go online and crowdsourcing will be used as way of gathering ideas for vacant sites that can then be put to the landowner.

But the process of working with public bodies has been painfully slow.

Naked House, a not-for-profit developer, began looking for land in 2013 and is only just on the point of signing its first deal with Enfield Council.

Co-founder Rachel Bagenal said: “We had no cash in the bank so we couldn’t buy land at auction and we couldn’t compete with private developers.

“We cycled around doing land registry searches but that didn’t really work. We needed to build on public land and work with local authority owners so we could negotiate good deals, mainly because we were building 100% affordable housing. So, we built up partnerships with local authorities but it’s been very slow and time consuming.”

The sites that Naked House are developing are also challenging from a design perspective – a point echoed by many of those who had experience of small sites. Having “a really good architect who understands the constraints” is important said Bagenal.

“The key to releasing the value from small infill sites is to really work the architecture very hard which is why I think major housebuilders are not interested in these sites. The investment required is too great for the potential revenue”.

Catherine Burd of Burd Haward, who is developing two homes on a site in Kentish Town, said small sites “need an architect’s ingenuity.”

This is mainly to do with the complexity of small sites – which are usually overlooked, have rights of light issues and can have difficult neighbours.

She advised doing a “careful development appraisal” before buying to ensure there is some profit at the end and not to forget the other non-construction costs such as consultants and  the Community Infrastructure Levy (CIL), which in her experience almost equals the construction costs.

Profit was felt to be important but not the guiding factor for architect developers.

Carl Turner of CTA said his first London development, Slip House, was budgeted to cost £400,000 but ended up costing £600,000. “But I learnt a lot. It put the practice on the map and that led to Pop Brixton.”

Turner revealed that in order to develop the Pop Brixton site, he had to sell his house to show he had the liquidity. But on the plus side, it led to a partnership with developer Reza Merchant which went on to set up a social enterprise company, Make Shift, about to embark on its third ‘meanwhile’ project Clarnico Quay, opposite Hackney Wick.

Turner also showed his design for a new modular home commissioned by Cube Haus. The company is hoping to disrupt the existing housing market by delivering high design value homes that can be configured to fit small and awkward urban sites.

Speakers including Russell Curtis of RCKa, David Mikhail of Mikhail Riches and  Duncan Blackmore of Arrant Land made it clear that while the housing crisis is presenting opportunities for new ways of developing and building, the twin challenges of finding sites and funding will continue to make it hard for small developers.

But the situation is far from impossible and architects are in a strong position, said Colm Lacey.

Learn more about becoming a developer 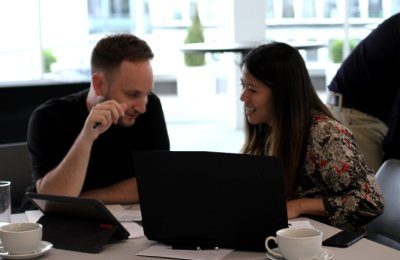 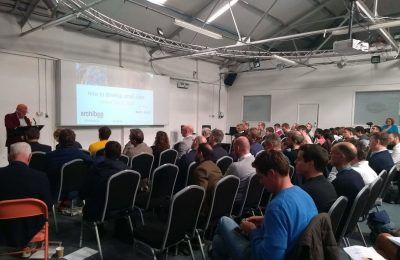